Can it get any better than Fairytale Land?!

To be honest after visiting the Alpine Region of Slovenia I was so enchanted I did not think anything could come close to the feeling I had in that area.  While I cannot say I found anything any better I did find the new regions intriguing and spectacular.  The really great thing about Slovenia is there are several types of geographical areas contained within its boarders and each one is unique, distinct and full of its own charm complete with its own divergent culture.

Castles and Caves in the Karst Region:

In southwestern Slovenia and northeastern Italy, there is a network of underground caves and caverns created by Karst Phenomena known as the Karst Plateau.  We spent parts of two days exploring this region again with Roundabout Travel.  This company is really a fantastic company to work with each tour guide extremely knowledge and so excited to show you “their” country.  They make the tours fun, relaxing and really an adventure and go above and beyond to make sure your experience is memorable.

This was the first cave system we visited the walk down through the natural surroundings to the cave entrance was only a preface as to the incredible underground beauty waiting ahead. 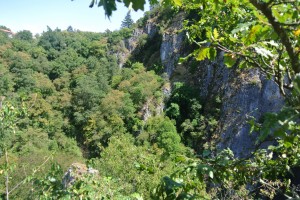 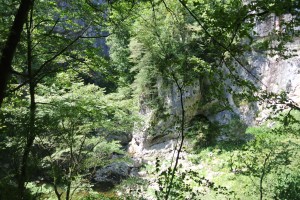 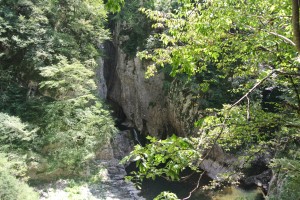 At the entrance to the caves they divided you into three groups:  Slovenian speaking, Italian/Spanish speaking and English speaking.  The English speaking was by far the largest group and to be honest the worst behaved group as well.

This cave system was a bit smaller, much less commercialized and really exquisite.  I wish I had photos to post in the caves; however since no photos are allowed in the cave I only have photos of the entrance and the exit.  Inside the cave was simply amazing, marvelous nature in an indescribable way.  This is the kind of attraction I much prefer: less commercialized more close to nature. 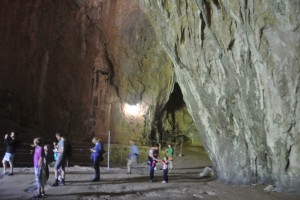 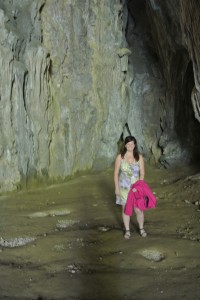 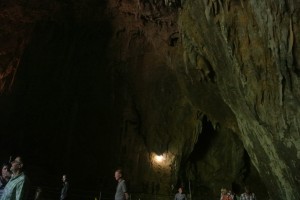 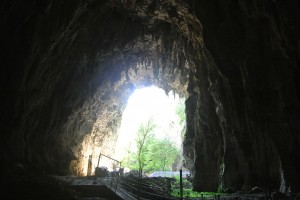 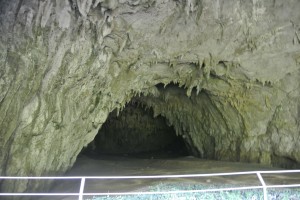 Unfortunately, now due to my new 8 different language skills my English is quit terrible (all those languages get confused and jumbled in my brain).  I thought what they said was “do not take photos and do not touch the formations” when apparently what they said was it was OK to do both of the above.  Rules people……come on it isn’t so difficult to just follow them.  I am seriously shocked by how badly some tourists behave!

Second point when they mention before starting the tour: climbing stairs, slippery walks, steep climbs, lowered passageways, narrow paths, and suspended bridges.   This is not just to try to discourage you from taking the tour it is reality…you are in a “real” cave not Hollywood created scenery complete with escalators and moving sidewalks to transport you magically through the cave. So again you can imagine my reaction when people started complaining about climbing steep paths and stairs and that the path was too slippery to walk on in a “living” cave.

You noticed in the first sentence I said “walk down to the cave”…guess what that means….YES you guessed it….at the end of the tour you need to somehow get back to the top where you started.  The hike what I saw of it was really beautiful and at a slower pace would have been perfect. 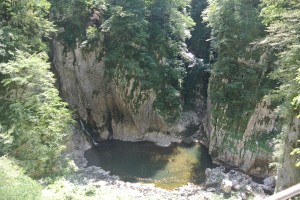 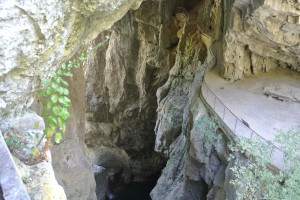 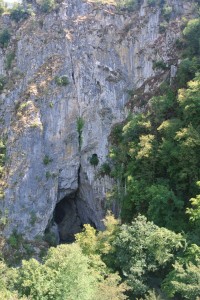 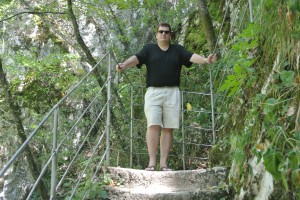 At this point you will need to remember my travel partner is incredibly tall like I need to take 5 steps to his 1.  Lets just say this was not my favorite part of the day hiking (OK sprinting) up the mountain (approx. 4km) to keep up with him nor was I in the best humor when I reached the top (sweating, lungs on fire and legs shaking) only to see the tram.  Oops I suppose we missed that sign.  Hmmm…..I believe Vulcan Death Stare was the look of choice at that moment.  So so not talking to him haha. 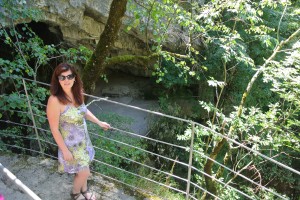 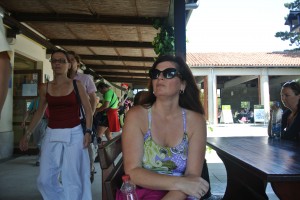 The second of the cave networks we visited.  These caves are better known, more commercialized and much busier than the Skocjan Cave.  The crowds here were much larger, the cave more accessible and less physically demanding meaning there was a double tracked train that brought you down into the cave and back out again and inside the walkway was less strenuous.  The cave system itself was expansive and quite impressive a definite must see just be prepared for the crowds.

Here, again, no photography was allowed inside the caves only during the train ride.   Apparently, only a very few managed to follow the rules.  OK not getting on the soapbox again…see above for my rant. 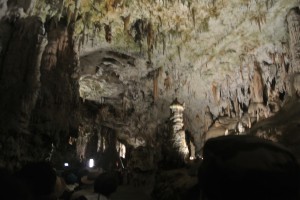 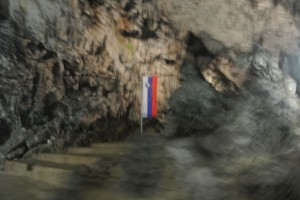 This castle is supercool built into the side of a mountain amongst connecting caves and tunnels. 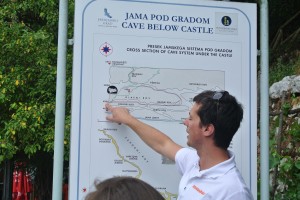 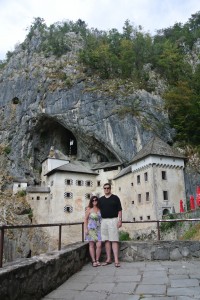 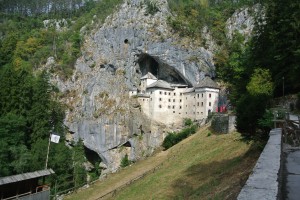 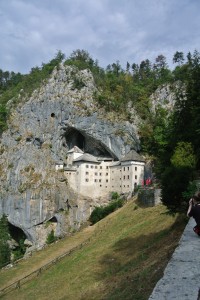 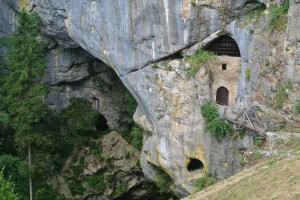 The landscape views from the castle spectacular and necessary when one needs to protect themselves from approaching enemies: see story below. 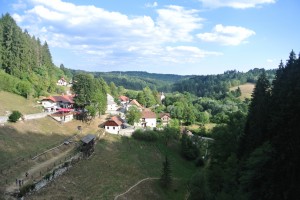 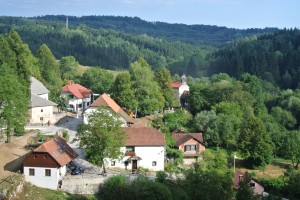 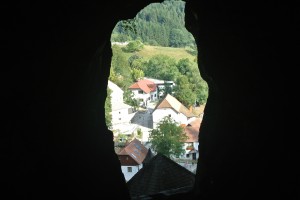 Inside the castle and cave system that made up the tunnels leading to the other side of the mountain necessarily important for survival when you are surrounded by opposition:  again see story below. 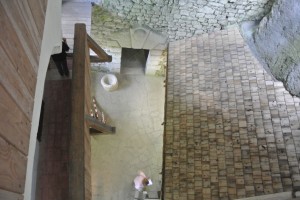 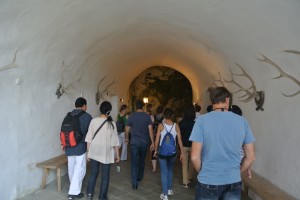 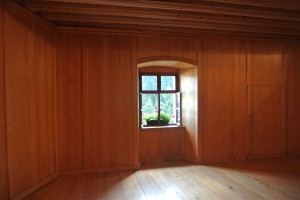 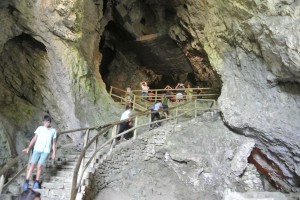 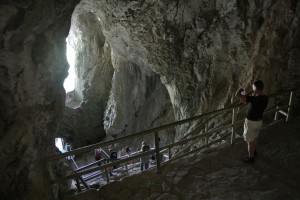 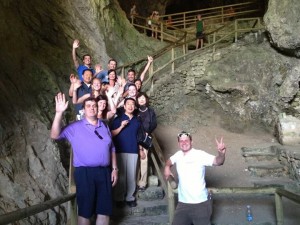 Remember how much I appreciate a great back story.

The castle became known as the seat of Knight Erazem Lueger (or Luegger), owner of the castle in the 15th century and a renowned robber baron.  A headstrong and rebellious knight, Erazem rebelled against the Austrian emperor Fredrick III and eventually killed his kinsman. Thus enraged, the Austrian leader commissioned the governor of Trieste, Andrej Ravbar, to capture and kill Erazem. This is where the impregnability of Predjama Castle was truly put to the test.

For a year and a day, Erazem was besieged in his fortress. But, much to the dismay of his adversaries, he continued to survive and taunt the attacking soldiers by pelting them with cherries. They couldn’t figure out how he was getting his supplies. As far as they knew, there was only one way in and out of the valley, and the castle. But the cunning knight knew better. Unbeknownst to the soldiers, Erazem knew of a secret tunnel leading from the castle, which allowed him to travel to the nearby village of Vipava and collect supplies, including hoards of fresh cherries when the season was ripe.

But it seemed that the soldiers were to have the last laugh. With the strategic placement of a small signal flag, a servant of Erazem was bribed to reveal when his master was in attendance at that place where the elusive knight and even the noblest of men needed to go after consuming lots of cherries and wine: the outhouse. Unfortunately for Erazem, the toilet, situated on the top floor and at the very edge of the castle, was the one place that wasn’t so impregnable. When the moment came, the flag was placed there by the treacherous servant. A single cannon ball was launched, and the errant knight was literally caught with his pants down

Poor Erazem he just didn’t have a good plan perhaps he should have fed the opposing forces “special” food which could have kept them occupied for a while.  Yes I know that is only my devious mind at work….and you think my career choice was random:)